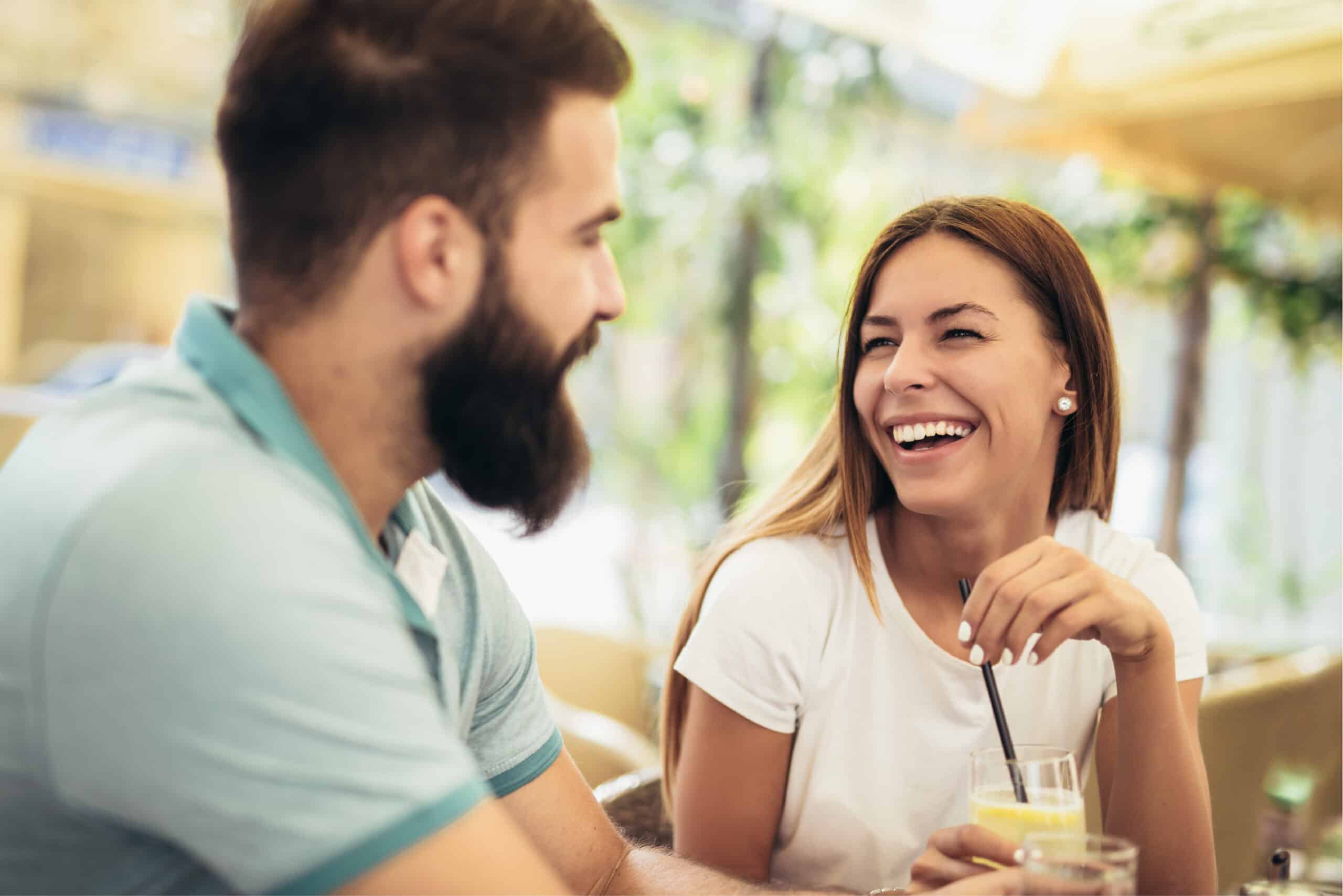 Can your attractiveness as a man be measured? Yes, just like the dashboard of your car, there are “gauges” you can check. This article explains why most of us are looking at the wrong gauges and end up reducing our attractiveness.

Women often sound surprised that so many men don’t get how sexual attraction is built and maintained in a relationship. They say things like “He doesn’t understand me” or “He never listens.”

And the men they’re talking about are frustrated as hell when they explain their side to me on our coaching calls because as far as he’s concerned, he’s always listening to her, always trying to be attentive and wanting her to be happy.

He tries really hard but the more he tries, the less he seems to get what he wants.

So what’s really going on here?

He’s measuring the relationship in a way that is causing the problem he’s trying to fix.

The ONLY gauge he’s looking at is the sex gauge and specifically, the “how often they have sex” gauge.

His focus on this one gauge affects all the other gauges too, so now he’s seeing less companionship, less affection, less conversation, less laughter, less flirtation, in fact often it’s got so bad that most interactions feel disconnected and short and her tone is frustrated or completely emotionless and uninterested.

In this email I want to explain how YOU have an amazing ability to prevent this disconnection from happening in your relationship, and how you can create all the affection, companionship and intimacy you want if you choose to learn how.

One Common Factor That Kills Your Attractiveness As A Man Is When She Feels A “Slave To Your Sex Drive”.

What does that mean?

When we’re a “slave to our sex drive”, everything we do and say conveys loud and clear what we desperately need from her.

It’s not that she isn’t interested in companionship, affection, conversation, laughter, flirtation and sex with you…in fact, she would LOVE to join you in those.

But first, she needs you to understand why needing her for sex pushes her away and turns her off.

We often ask to connect and be intimate with her when we’re feeling low, feeling frustrated, feeling hurt, unloved and disconnected – but those are the worst times to ask, because we’re trying to get her to make us feel better.

It’s an insecure reaction and it’s the most unattractive we can ever be.

It’s a complaining, whiny little boy energy, and no-one is attracted to that.

I don’t say this to shame you – I say this from personal experience and speaking to thousands of men who’ve walked in your shoes before you.

This is one of the MANY reasons men can gradually become UNATTRACTIVE to their wives.

We believe that the difference in the connection and affection in our marriage is all down to her.

We think that SHE USED TO BE more sexually eager, more open to us, more comfortable with initiating sex, but the truth is that WE BECAME LESS attractive to her.

The reason she is acting differently toward you is because you are different with her.

And when you become apologetic for being a sensual, sexual man, you start asking for permission to connect with her, you place the ability for YOU to feel confident, attractive and sexy in HER hands.

I talk more about it in the video below:

How Men Lose Their Attractiveness

When you sense less interest from her, the first thing most men usually do is start pushing harder. You think that your sex drive hasn’t changed and so you don’t want hers to either, right?

You start pressuring her with hints of your horniness and give her poorly timed sexual invitations and touches.

For example, just as she’s unloading all the shopping and complaining about her aching back, maybe you grab her butt or ask if she’s up for having sex – all the while, you’ve just been watching her bring the shopping in on her own.

Most of you can probably see the flaw in that plan. It makes her feel totally disconnected from you, that you don’t care about her and that you just want sex.

Her rejection of your advances and distancing from you means you initiate sex more often, maybe even every night in bed, hoping that persistence will pay off. But that just irritates her further and reinforces her view that you just want her for sex.

Fearing that things are getting even worse, you become more frustrated and try to appeal to her sense of pity, sulking like a hurt puppy dog and practically pleading for her to give you some kind of affection.

Then she may feel bad, give in and have “Obligation Sex” just to get you to stop whining.

She complies with a lack of interest, enthusiasm and “just get it over with” attitude and you pretend not to notice or care which makes you even more unattractive in her eyes.

Or maybe you get frustrated and try and reason with her, explaining why it’s so important for couples to have a good sex life and backing it up with figures and articles.

And on and on it goes.

This is my story and the story of so many men who just don’t understand what’s happening.

Little by little we allow our sex drive to undermine all the things that USED TO make us so attractive to her.

There’s also a common misconception that sex should always be easy in a marriage, which isn’t true and doesn’t help. In fact it makes us ramp up the pressure and expectations we have for sex. All the social media posts of blissfully happy couples and holiday romances etc don’t help either – funny that you don’t see people posting about their shit weekend and struggling relationship…

The More Pressure You Add, The More Desperate And Needy You Feel To Her, And The Less And Less Attractive You Become

Eventually you fall into an ugly pattern of:

Begging for sex and pouting when you are rejected

Acting tentative, insecure, and afraid to approach her

Having angry outbursts and tantrums each time you’re rejected

Eventually you reach a pinnacle of “unattractiveness” and your anger, frustration, and lack of confidence can bleed over into your parenting and even your work relationships.

The only way out of this downward spiral is for you to become the man you used to be for your wife.

Do Remember him? He was more:

LESS apologetic for being a sexual man.

This is the SEX APPEAL you can recapture. It’s THAT MAN who your wife couldn’t get enough of in the past.

That guy was so naturally sexy he didn’t even know it.

Being more thoughtful about helping and listening to her

Knowing what the confident version of you looks like and choosing to stop being the needy, unattractive version

These are things you do FOR YOU because you feel good giving these gifts of yours to anyone who is willing and able to receive them.

She will feel respect and sexual attraction for you when you are BEING masculine, playful, and thoughtful. When you act like a confident man who loves her but doesn’t NEED her approval and validation.

A man who is sexual toward her in a way that is relaxed, deliberate and natural for him is extremely attractive.

When you start to do things because it’s WHO YOU ARE and without expectation, she can feel safe and relaxed again which is often when we see her start initiating affection and sex again.

What’s the key to a more relaxed, connected, passionate relationship?

Recognizing that all you have to do is focus on what you can control, what you can improve – YOURSELF – not her.

Your attractiveness as a man is measured by how connected you are to your purpose and passions!

More sex and passion are a natural result of that!

Some ways for you to learn how to boost your confidence and sex appeal are:

The Men’s Live Coaching Roundtable is full of men from around the world transforming themselves and supporting each other to rediscover their confident mojo.

The How to Defuse the Divorce Bomb course is a deep and intense dive into handling yourself when you hear, “I love you but I’m not in love with you anymore.”

We love teaching men these tools – how to be better, how to know who you are, own your power, know what you want and know how to CREATE it in your life through our Masculine Confidence coaching programs.

What if this next year everything changed for you?

That’s what we want for you.