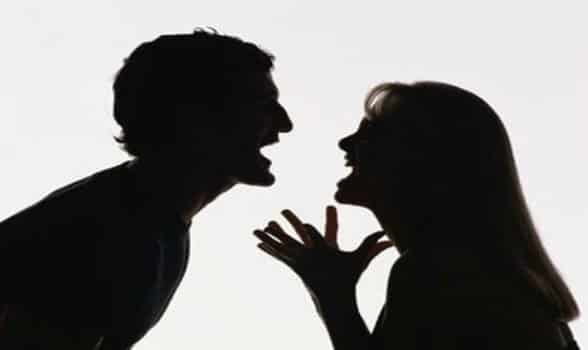 How you talk about your marriage is a predictor of your chances for improving it.

I was talking to a very distraught man the other day and he told me about his most recent argument with his wife.

“She told me she can’t even think about making summer vacation plans with me.”

“Because she said our marriage is in crisis.”

“We never seem to trust each other. She’s always looking for the worst in me. I guess I do the same. I tend to assume she is always trying to judge or criticize me. So, I end up defending myself and giving her a taste of her own medicine.”

“And you believe that means your marriage is in crisis?”

“No, I don’t. It means YOU are in crisis and SHE is in crisis. And your poor ‘marriage’ is standing by innocently taking all the blame.”

“What the hell does that mean?”

The Language of Unaccountability

The phrase, “Our marriage is in crisis”, is one of many ways we speak about our relationships which places the problem outside ourselves.

Other ones include, “Our marriage lacks connection.”, “Our relationship is complicated”, and “We are in a struggling marriage.”

What’s the problem with this?

It pushes personal accountability and responsibility into the hands of a third party. It relinquishes control of the situation to the marriage, the struggle, the complexity or the crisis.

It’s like knocking a gallon of milk off the shelf and yelling, “Clean up! Aisle Four!”

Then we calmly walk away unattached to the cause of the mess.

Why You Will Never Save Your Marriage

This is one of the most “googled” phrases – “how to save my marriage”.

I was one of those “googlers” years ago. I was “googling” anything I could that would give me the magic recipe to resuscitate my marriage. I never found it and the patient died.

I didn’t stand a chance. I was trying to save something that was totally out of my control. My marriage wasn’t the source of my problems. I was and she was.

And “I” was the only thing directly under my control.

My personal crisis was in how I thought about women, how I saw myself and what I didn’t know about loving another human being – especially my wife. This is what needed to be saved. Nothing else mattered until I saved that.

I had to “save myself” and have faith that whatever happened to the marriage was what was supposed to happen. I had to stop expecting the “marriage” to somehow heal itself and start expecting more from myself.

It became crystal clear to me that pushing any other agenda was a complete waste of time. I had to focus on my personal crisis – not the marriage.

The result at the end of the next few months was something I would have never predicted. But now, I can predict it with ease in my men’s coaching practice. It happens all the time.

It’s an uncanny turn of events – both surprising and incredibly sad at the same time.

When a man decides to save himself and boldly face the changes he wants to create, the world around him starts to change. Because he sees himself differently, he sees his marriage – his wife – the world differently. The old saying is true, “When you change the way you look at things the things you look at change.” (Wayne Dyer)

And when she makes a tentative offer of “trying again” or “seeing if we can work things out”…he has lost interest.

He thinks differently, he speaks differently and he responds differently to everything. His awareness grows. His confidence builds. And his sense of certainty and well-being blooms.

The incredibly sad part comes when those authentic changes occur, his wife begins to notice. In many cases she has not been doing any work to “save herself” but now she wonders where this guy has been. She moves in a little closer to test the waters, still maintaining the cold, hard protective shell she adopted years ago.

And when she makes a tentative offer of “trying again” or “seeing if we can work things out”…he has lost interest.

It’s not just a loss of interest driving his decision, it’s the promise of what more is possible for him without her in his life.

He wants more peace, more acceptance and more love. He is interested in having a partner who wants what he wants – someone who wants him.

He imagines a woman who is willing and capable of growing with him. And he has become pretty certain that his wife can’t make this trip with him.

He is surprised at his own resolve and clarity. He feels calm and deliberate about his next steps.

And he feels a tsunami of sadness wash over him.

Does This Ever End Well?

Many guys ask me, “Does this story ever have a different ending? Does she ever decide to change herself too and grow with him?”

Absolutely. The story can end any number of ways and all of them are good endings!

He knows without a doubt that his new perspective about his value, his dreams and his self-expectations will bring him the good he wants no matter what.

But the man who is truly committed to the process of saving himself has no attachment to the outcome.

He has no intention of manipulating her or her choices. He knows he can’t control anything but himself.

And he knows without a doubt that his new perspective about his value, his dreams and his self-expectations will bring him the good he wants no matter what.

He no longer measures his success, happiness and self-worth by his ability to “save the marriage”.

There are many, many ways to create a happy ending and it all starts with saving yourself first.