Dude, Your Wife Sent Me a Letter…

Dude, Your Wife Sent Me a Letter…

Don’t ask me why she did this, I’ve never met her. I would guess she’s been hanging out on the internet and read something I wrote that got to her. It happens. After I read her letter, I began to understand why she is telling ME all of this instead of YOU – which is an obvious question. How did I know your email address? She ended up giving it to me when she signed you up for my newsletter without telling you. (she shouldn’t have done that) You can undo that by unsubscribing to the newsletter.

So I’m forwarding this to you, brother. All I can say is that you are not alone, these issues are not unique, and they CAN be fixed.  But I can tell you that you DO NOT STAND A CHANCE of fixing anything if you read this letter the wrong way.  I’m a guy who knows about your frustration, anger, resentment, and your sadness.

DO NOT read this letter with those emotions in your heart.  DO NOT blame your wife for reaching out for help.  No matter what has happened or what has been said, you must read this letter and understand the fear, sadness, and LOVE that helped her write this.  In her heart she KNOWS she is not perfect.  She KNOWS she can do better.  She WANTS to.  She knows that her own deepest fears and weaknesses have been at work in your marriage.

The same is true for you.  The reason most guys will read a letter like this and do nothing is because of their own fears and weaknesses.  They will deny this all the way through their 2nd and 3rd divorce.  Don’t be that guy.  Your marriage is the very best place for you to finally admit that you’re not perfect either and fix it!   Your marriage is the place where you can grow to be a better husband AND person.  Drop your guard when you read this and don’t waste this chance to change both of your lives.

She wants and deserves a happy, passionate, mutually supportive and growing relationship. How about you?

Give me a call if you want to chat.

Sign up below to read my responses to Mrs. and Mr. Wants More. 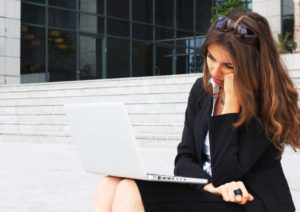 I can’t believe I’m writing to you because I don’t even know you. Guess I’m frustrated that I don’t know what else to do and thought another guy might help me/us. A part of me is ashamed because I know I should be saying all this to my husband. Another part of me is angry because I feel like I have already said these things in so many different ways but he still doesn’t get me or seem to WANT to. I guess I’m wondering if there is someone else who can put it another way that he would understand without getting mad at me. I’m not even sure if I should tell him I contacted you, but he’ll probably find out because I used his email address to sign up for your newsletter. That will probably get me in hot water with him again.

What’s going on…where do I start? We seem to argue all the time over the littlest stuff. Small disagreements always escalate into major shouting matches that feel like personal attacks to me. In the end, they seem to be all about something unrelated to the cause of the argument. I don’t know because he doesn’t talk about his feelings very much. We hardly ever have sex anymore because of the fighting. I just don’t feel like it after the way he treats me and I can feel hate sometimes. That scares me. Before the kids, we didn’t have these issues and it seemed we were both a lot happier and enjoyed time and sex a lot more too. Now I avoid him and usually reject him because my heart hurts from all the negativity. This really ticks him off and we usually fight about that too. What’s really weird is that out in public, we put on a show. He is Mr. Likeable and social and I’ve always got everything else under control. Nobody even suspects we’re having issues. Some days we just get by without speaking and that is starting to feel like the new normal! It doesn’t feel like “love”, but I CAN say that I think we both still really do love each other.

The way I would describe my husband these days is that he acts angry and resentful toward me. I know he’s unhappy with his job even though he is well respected there. He seems to use all of his energy and skills to excel at work, but doesn’t have anything left for home. For me. Instead of talking with me, he just expects me to agree with him and do things his way. I feel like he doesn’t respect or appreciate me. This is clear when he acts condescending and belittles me all the time. His temper is short these days and he’s always judging what I do, what I say, and how I say it. It feels like I can’t do anything right in his eyes. He thinks our problems are all my fault and he refuses to go to counseling. I even found a male marriage counselor but he doesn’t trust them and doesn’t think things are that bad (he has no idea how bad I think they are). On his worst days, he’ll call me horrible names I won’t bother typing out.

I guess if I’m to be honest with you, I’m not a saint either but I don’t know how to change it. I meet with my girlfriends a lot and complain constantly to them about my husband. It’s my safe haven where I can vent, but it doesn’t feel right. I too will call him horrible names when I’m really hurt or angry. I’ve stopped being affectionate in any way because I’m afraid he will think I want sex. We used to hold hands, give back rubs, and crash next to each other on the couch all the time. We used to always kiss hello and goodbye and now even that doesn’t happen. (Typing that makes me realize that it is me who never allows him to get close enough for kissing because he does try) I tend to avoid him and spend more time away with the kids and complain to my mom who lives nearby. He really resents that and says he isn’t even on my list of things I care about. That’s not true but I don’t tell him that. I always accuse him of making me feel bad because he USED to be able to always make me feel good. It’s like he doesn’t want to anymore. As far as sex goes, I feel starved for it. I miss the closeness and the satisfaction we used to get when we connected sexually. Now the idea feels squeamish to me because I can feel so NOT attracted to him these days. If he only knew how much I thought about it. But he would die to know that it’s not him who is in my fantasies.  I’ve never been unfaithful, but I’ve had opportunities.  Sometimes I think how nice it would be to be with someone who was really interested in me for who I am.  I used to feel this way with my husband.

What I really want most is for BOTH of us to just stop! I don’t want a divorce, but I think about it a lot. It’s like it’s not really us doing all this, but the anger and resentment is ALWAYS below the surface. I want to feel like I can talk with him safely without being criticized or minimized. I want us to trust each other again and not try to hurt each other. I want him to listen to me like he respects what I think and feel. I want to feel stronger or more confident in giving HIM what he needs. I want to feel the LOVE again. I DO love him. I want really good sex (or better!) with him again. I want us both to feel good about US and our future. I don’t know how to get all that. I don’t think he does either. Sitting and talking it out seems to be out of the question anymore without some kind of help.

Do you have any ideas that might help me/us??

Sign up below to read my responses to Mrs. and Mr. Wants More. 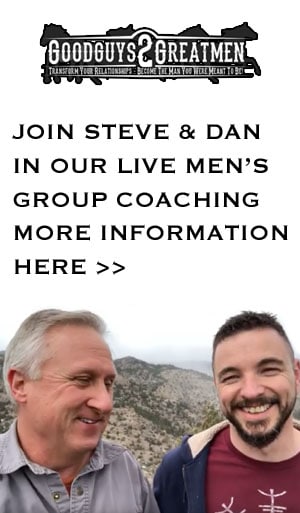